We’ve been playing Moonshot Bid Euchre at Jubilee since Tuesday, February 5, 2019, and I think everyone has thoroughly enjoyed their afternoons. We’ve made some new friends, had a few laughs and maybe even walked off with a prize or two.

So, bring your friends and neighbours and join us on Tuesday afternoons at 12:30 and see what all the fuss is about.

Don’t know how to play? No problem. We’ll have people to show you how. It’s not a difficult game to learn. If you’ve played ordinary Euchre you’ll catch on quickly.

Bid Euchre is played with two decks using only Ace, King, Queen and Jacks for a total of 32 cards.

If you have any questions please don’t hesitate to ask. 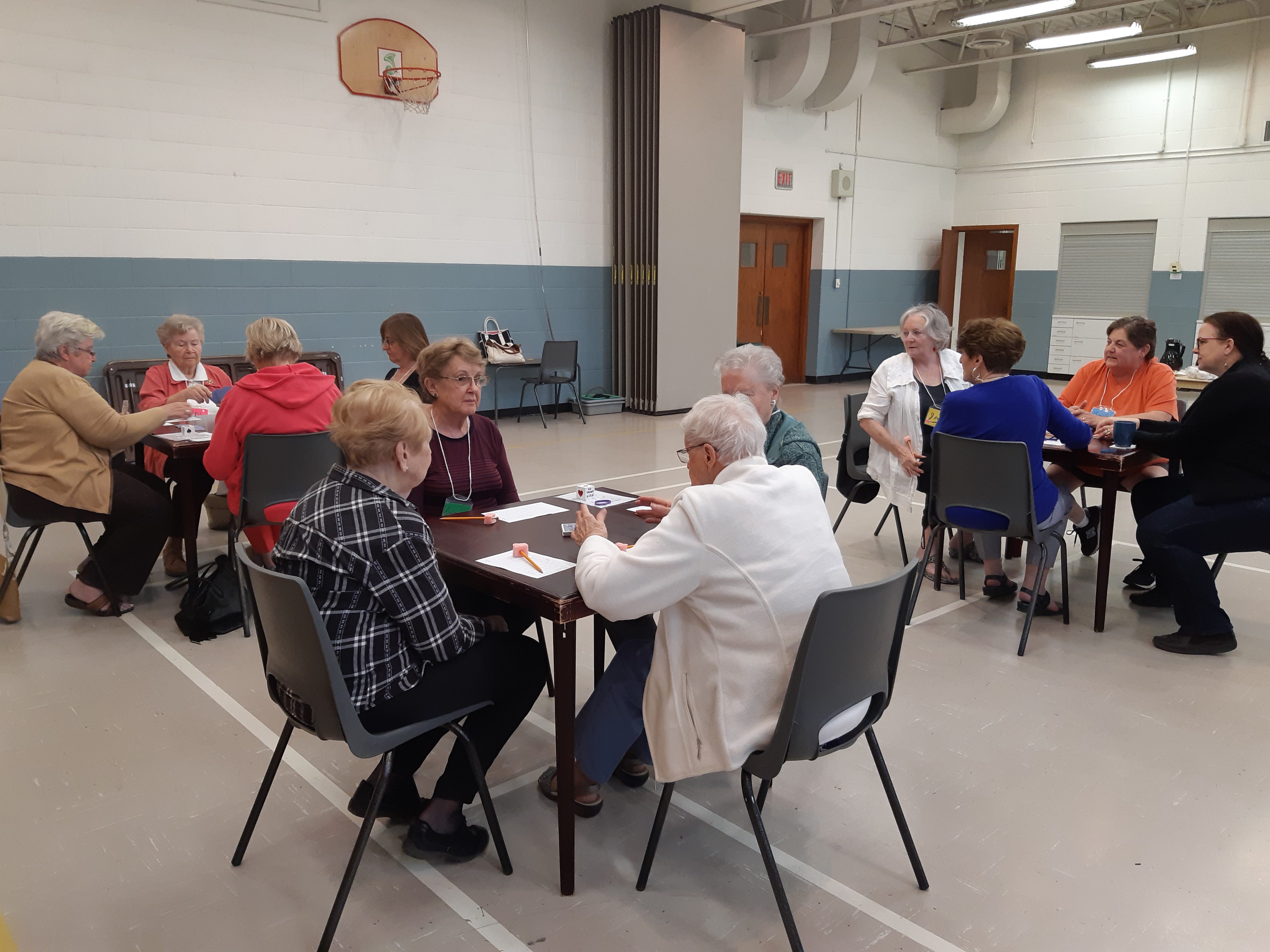