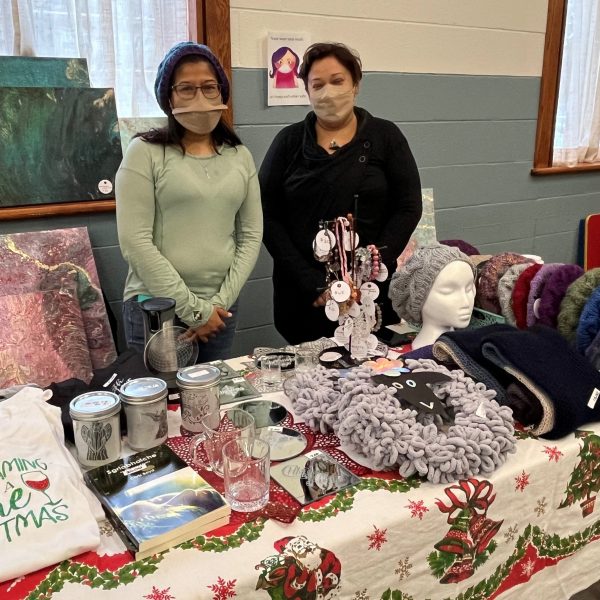 The last market of 2022 has been completed, thus ending our 8-market series, with another full house of vendors with a wide variety of goods and services just right for the gift-giving season.  Many thanks to the vendors, volunteers and shoppers who made this event a success.  Looking forward to having you back with us in 2023! 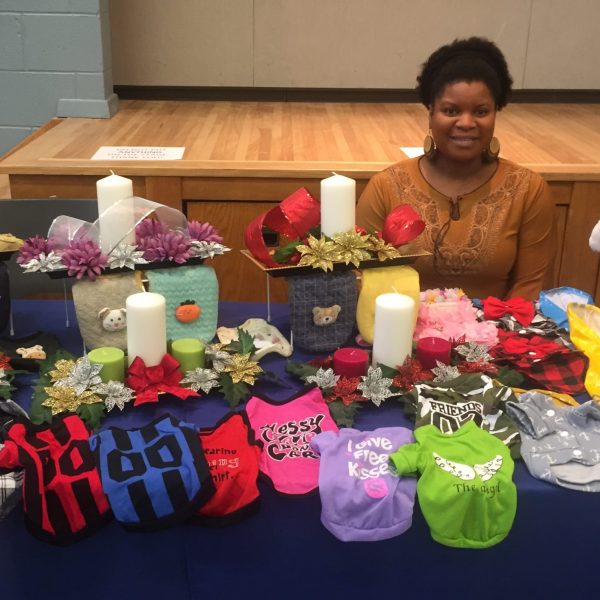 The November market was very exciting! Twenty-four booths welcomed more than 200 shoppers with a very wide range of products: children’s books and toys, jewelry, preserves and baking, skin care products, Christmas decorations, cards, wine bottle covers, knitted and crocheted items, art, tote bags, and many more. Homemade chili and lentil soup were on the menu, and were enjoyed by all. Many thanks to the volunteers, vendors and shoppers for making this so successful. Looking forward to the final market of 2022 on December 10!!!

It is with deep sadness that we announce the passing of John “Jack” Bremner on Friday, November 4, 2022 at the Palliative Care Unit, Sunnybrook Health Sciences Centre. Beloved husband to the late Joyce for 68 years. Loving father to Karen and Lori and father-in-law to Michael.

A service will take place at the Humphrey Funeral Home A.W. Miles – Newbigging Chapel, 1403 Bayview Avenue (south of Davisville) on Saturday, November 26th at 11:00 a.m. Condolences may be forwarded through www.humphreymiles.com. 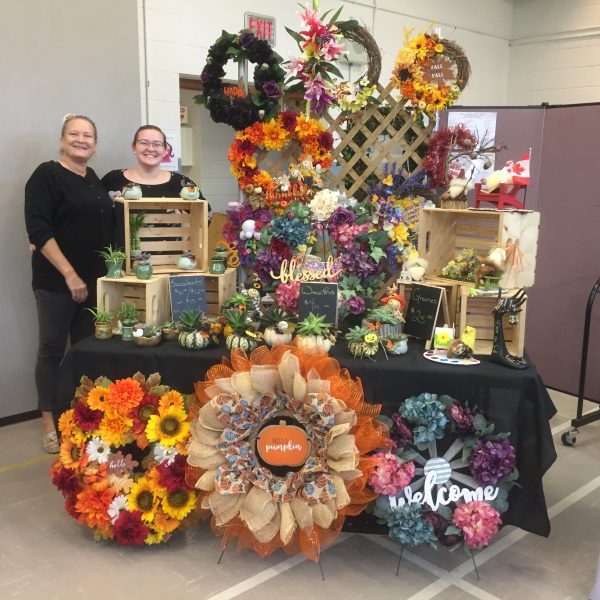 Autumn is in full swing at the Jubilee Market, with vendors offering beautiful items for the upcoming holiday season.  Over 200 customers came to make their selections.  Many thanks to all the bakers for their delicious goodies, to the cooks for the delicious chili, and to all the volunteers who worked on Thanksgiving Saturday. 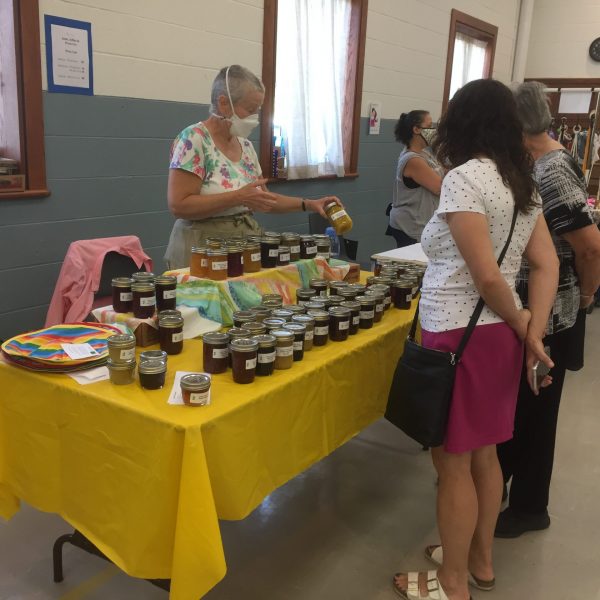 After a respite in August, the Jubilee Market Fundraiser was back in full force once more this past weekend with 19 booths, with several new vendors joining us.  Many visitors began their holiday shopping as the sun shone brightly on the last market bbq for the year. Thank you to everyone who donated baked goods, plants and paintings.  Thanks to Bri-anne for the donation of cd’s of her music.  Thanks especially to the 34 volunteers who gave of their time to work at the Jubilee booths.

It is with deep sorrow that we announce Marion’s passing on Friday, August 12, 2022, at Scarborough General Hospital after a courageous battle with vascular disease. The family celebrates 94 years of a life well lived & one to be proud of! Lovingly remembered by sons Grant David, Graham John & Rosemarie and daughter, Laura Anne. Proud grandmother of David & Michael Magee, Danielle and Christian Alexander; great grandmother of Oscar and Henry; loving Aunt of Brent & Vicky Rombough, Garth & Julie Rombough, and Lynn & Michael Evans. Marion was predeceased by her husband, Ernie, with whom she enjoyed 67 wonderful years of marriage.

Born on July 17, 1928, Marion grew up and went to school in Winnipeg graduating from the University of Manitoba with a Bachelor of Science degree in Home Economics in 1949. She was on the student council as well as a member of the Alpha Phi Sorority. She spent a year as a Home Economist with Manitoba Hydro & in 1951 moved to Toronto as a Food Editor of Chatelaine Magazine for 3 years.

Marion met John Ernest (Ernie) Magee in her University days and on September 12, 1953, they were married in their hometown in Winnipeg. In their first year of marriage, Ernie was transferred to Moose Jaw where Marion then took on the challenge of social work with the wards of the government for two years. They had another transfer back to Winnipeg before finally moving to Toronto where they purchased a home in the O’Connor Hills area of Toronto, raised their three children, and lived happily ever since. In those days, Marion & Ernie loved to entertain & attend popular live theatre productions.

Both Marion & Ernie grew up enjoying their respective family cottages, so in 1963, when the children were still young, they bought a small cottage in Haliburton. For over 60 years, they loved cottage life with their summers at the lake, swimming, boating & waterskiing. They entertained their cottage friends as well as city friends who came for the weekend.

As travelling was a big part of their lives, she and Ernie planned a trip to another part of the world each year. The Taj Mahal in India was the shining star for them. Marion wrote articles about their trips for the Canadian magazine called “Travel Scoop” for over 20 years. She was a Charter member of Donminster United, later to be Jubilee United. She was an active member of the University Canada West, her beloved Bridge Club and the Milne House Garden Club for nearly 30 years.

Marion’s special hobby was designing hasty notes and place cards with her pressed flowers. If you have been fortunate to receive one as a thank-you or in recognition of a special occasion, you will treasure it as a keepsake from this fine lady who always showed a genuine interest in all of her family and friends and their activities. Marion cared for them deeply and always thought the best of people. She was a special lady who loved life and was always there for others. She touched the lives of all she knew; She will be greatly missed by many.

A Celebration of Life will be held at a later date. In lieu of flowers donations to the Jubilee United Church (jublieeunited.ca) would be appreciated. Online condolences may be offered at https://www.jerrettlife.com/

BETTYANN (ELIZABETH) WARD It is with sadness the family announces the peaceful passing of Bettyann Ward at her residence on July 29, 2022, rejoining her loving husband, Bob, in a very special place. Bettyann was in the company of her caring daughter, Susan, and in the thoughts of all the family. Born December 8, 1932, to Bill and Dorothy Bagshaw in Haileybury, Ontario, nurturing fond childhood memories. Bettyann cared deeply for the family and friends that brought so much joy to her life. Bettyann will be forever missed but fondly remembered by her cherished big brother, Bill (Boo) of Key Biscayne; daughter, Susan and husband, Bob; son, John and wife, Carol; along with her three grandchildren and their partners, Josh and Mercedes, Blake and Jess, Kacie and Logan and great-grandson, Myles. Bettyann graduated with a nursing degree from Sick Children’s Hospital in 1954 that provided a long fulfilling career. She was also actively involved with Jubilee United Church in Don Mills for decades, both created long lasting friendships. Through many adventures with her loving husband, Bob, Bettyann filled her life with traveling, curling, playing bridge, hiking, photography outings, gardening, cottage life and especially enjoyed time with family and friends. Thank you to everyone who helped make Bettyann’s journey through life such a full and happy 90 years. A celebration of life is contemplated for the fall. Donations may be made to Sick Kids Hospital, Toronto. Condolences may be left at www.smithfh.com. 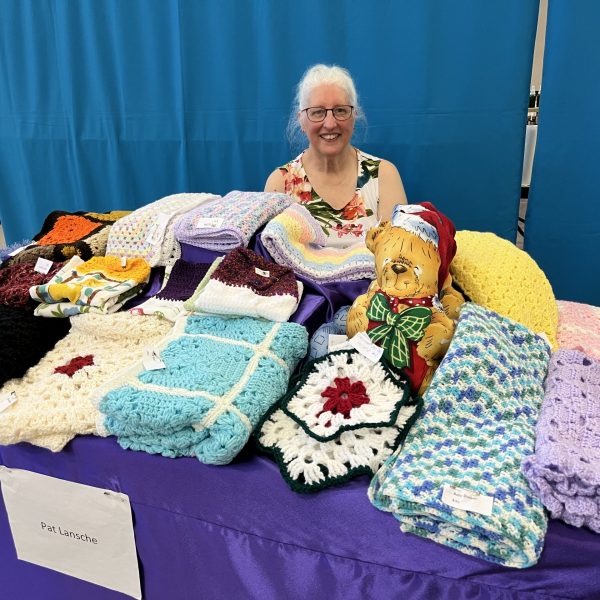 Another market has come and gone.

Thanks to all the volunteers who worked at the booth tables.  Your efforts enabled us to continue to raise needed funds for the ministries of Jubilee.

Thanks especially to the folks who stepped up to take on additional responsibilities behind the scenes.  It is much appreciated!

Thanks also to everyone who came to shop.  Both new and returning vendors and volunteers all appreciate seeing and speaking with you.

It looks like the rest of the summer is busy for everyone.  The August market has been cancelled due to a shortage of vendors.  But never fear:  we’ll be back in force in September!

Vendors:  The fall markets are filling up quickly, with November being completely booked already!  There are a few spaces left for the rest of the fall months, so get your applications in. 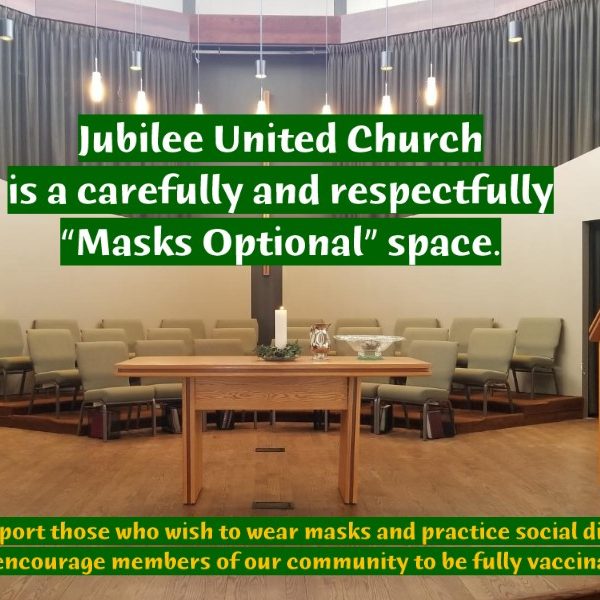 As of July 3rd, indoor activities at Jubilee United Church are “Masks Optional”
We continue to support those who wish to be masked
and maintain distance from others, but will not longer require it of all people.
We are confident that we be able to respect each other
as we emerge into this new phase of pandemic together. 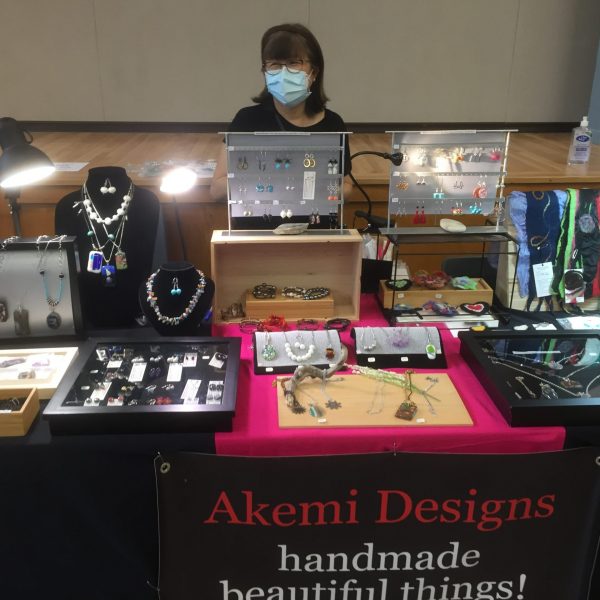 Our first summer market on June 11 welcomed first-time as well as seasoned vendors.  It was a really terrific variety of both products and services. The BBQ was located on the labyrinth and offered a relaxing, enjoyable environment in which to grab a bite of a burger or hotdog, despite the threatening clouds.

We will continue to hold the markets on the second Saturday of the month.  It’s not too early to start your holiday shopping.  Each month we’ll be joined by some new and some returning vendors. Click HERE to see a listing of all the vendors registered so far for all the markets.  You’ll also find the products each has to offer.  VENDORS: The fall is already nearly completely booked, so don’t delay if you’re interested. We do require that products and services are NOT available in stores.